Red-Light Traffic Tickets: Another Refund is Potentially Coming to Chicago 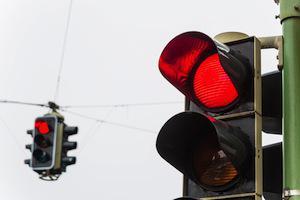 Tax season is upon us and citizens are receiving refund checks for taxes paid. However, in Chicago, residents may also be receiving a second refund.

If you were issued a red-light traffic ticket since 2003, you may receive all or some of that money back. A Circuit Court Judge recently ruled in favor of several cases in which individuals were suing the city for not sending a second notice for traffic violation citations.

In the city of Chicago, a Red Light Camera Enforcement system is utilized. This began in 2003 with simply two intersections and has grown to over 300 cameras based on traffic severity in the area. Digital cameras are placed at these intersections that use radar to detect when someone is approaching and passing through an intersection. If the radar detects a vehicle entering the intersection after the light has turned red, a still photograph of the rear of the vehicle is captured. The vehicle's license plate number is captured as well. The City Department of Revenue reviews and issues citations to the registered owner and operator of the vehicle in the photograph. According to city officials, this has significantly reduced the occurrence of severe and fatal accidents because it makes potential red light runners think twice before running the traffic signal.

Why Would We Get Money Back?

Based on Chicago municipal code, in addition to an initial citation, a second notice is supposed to be sent out. This is to account for all non-responders—those individuals who see unfamiliar mail and let it sit on a desk or dresser for weeks before looking at it again. The second notice should be issued three weeks out so that those who do not open the initial letter (or do not receive it at all) have the opportunity to dispute the allegations.

In the suit, the issued tickets only allowed for a 21-day grace period before a late fee was assessed. However, the municipal ordinance explicitly notes a 25-day grace period. Therefore, such notices were “deficient and unconstitutional” as the first three initial suits argued. When late fees can be in the range of $100 per violation, it is extremely easy to get behind and in a hole of debt to the city that becomes nearly impossible to pay.

With the success of the initial lawsuits against the city, a new class action lawsuit has been initiated. The plaintiff asserts that the city owes for all of those fined unknowingly as well as the late charges assessed. However, the defendant insists that citizens know they broke the law and that they should pay for their crimes.

If you have received a red light citation and believe that you were wrongfully assessed late fees—you did not receive proper notifications and ample amount of time to respond to the allegations—it will be helpful to have a trustworthy and committed attorney on your side to help you get the justice you deserve. If you are are looking for a DuPage County criminal defense lawyer to help you contest your citation, Davi Law Group, LLC is here for you. Choosing the right attorney is of the utmost importance as it can make or break your case outcome. Call us today at 630-580-6373 to schedule a consultation.