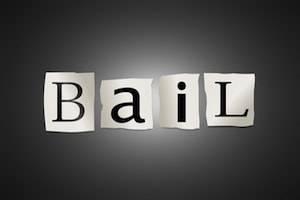 When arrested and put in jail, one primary concern is how to get out of confinement. For most crimes, a court will release an accused if bail is posted. By requiring an accused to post bail, defendants are more likely to continue to show up for court dates. If a defendant does not appear in court, however, the bail amount is considered forfeited and the accused will return to jail. Consider the following information regarding bail in Illinois.

1. Not All Crimes Are Eligible for Bail

Under Illinois law, a judge cannot set bail in certain cases including:

2. A Judge Will Determine the Amount of Bail on a Case-by-Case Basis

Judges will take into consideration the charges, the accused’s resources, whether an accused has the means to flee and what amount will incentivize him or her to return to court.

3. Bond is 10 Percent of the Bail Amount Set by the Court

If a judge orders $50,000 bail, then a defendant has to post 10 percent, or $5,000, to be released from custody. If the accused fails to appear in court, he or she will lose the bond paid, be returned to jail, and may face additional charges.

4. Illinois Does Not Allow Bail Bondsmen

However, in Illinois, bondsmen are prohibited. An accused pays the clerk of court directly and answers directly to the court if he or she fails to appear.

Also, under Illinois law, out-of-state bondsmen are prohibited from apprehending someone who is wanted in another state. Such an action is considered kidnapping.

If you have been charged with a crime, a criminal defense attorney can review your case and answer any questions. Lawyers can also handle in bail matters, including bail reductions and modifying conditions of bail.

The DuPage County, IL criminal defense attorneys will see to it that your best defense is presented at every stage of your case. Our firm has several locations that serve DuPage, Kane, Cook, Kendall and Will Counties. Call Davi Law Group, LLC at 630-580-6373 to set up your first meeting today.