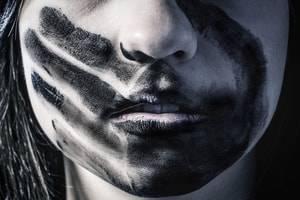 Victims who endure prolonged, severe and numerous episodes of domestic violence frequently have physical, mental, or emotional damages. In many cases, the psychological trauma lasts longer than the physical symptoms.

Anxiety, Post Traumatic Stress Disorder (PTSD), and depression are all commonly observed in domestic violence survivors. Another consequence stemming from the trauma is Battered Woman Syndrome, which can either make the injured party endure the abuse without retaliation or defend themselves, so the violence ends indefinitely.

Battered Woman Syndrome is now regarded as a form of PTSD and is accepted legally as a psychological disorder. Over time, the sufferer becomes so depressed and defeated that he or she begins to believe he or she alone is the cause of the abuse and there is no way to escape it. This learned helplessness can convince a victim to stay an unhealthy relationship. Sometimes, the individual remains because he or she hopes his or her abuser will change. This belief originates from the conditioning from “honeymoon phase” of the abuse cycle, which is:

Women enduring multiple cycles of abuse begin believing there is no way out. Some victims think if they report their abuser to the authorities, the abuser will be released and will come to kill them. BWS becomes dangerous once the injured party believes that he or she cannot run away or prosecute and he or she becomes sure that the abuse will continue, resulting in death. The victim has a choice: either endure the attacks for the rest of his or her life or defend himself or herself.

Consider the following examples of women who chose the defense option, all after suffering an overwhelming amount of abuse:

If you have been the victim of repeated domestic abuse and acted in self-defense to protect yourself and your family, you will need the support of a talented DuPage County criminal defense attorney. The attorneys at Davi Law Group, LLC are former criminal prosecutors, giving them a unique edge in the courtroom because they understand both sides of the case. Our attorneys also have a reputation that precedes them for aggressively defending the rights of their clients, a reputation that, when paired with experience and skill, creates a winning defense. Call us today at 630-580-6373 to schedule your initial consultation.