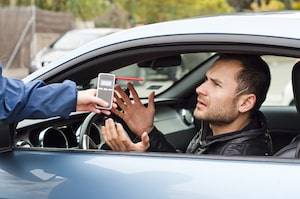 As you can see, having a BAC of 0.08 percent or more is only one of the reasons that a person can be arrested for DUI.

What Is Considered “Probable Cause” for a DUI Arrest in Illinois?

If you are like most people, you probably assume that police are only authorized to arrest someone for drunk driving if there is quantitative evidence that the person is intoxicated. However, many DUI arrests are based on subjective observations. To arrest someone for DUI, the police must have “probable cause” or a reasonable belief that the driver is driving under the influence. Probable cause may be established by the arresting officer’s observations alone. Slurred speech, red eyes, stumbling, and the smell of alcohol on a driver’s breath are often enough to trigger a DUI arrest.

It is crucial to remember that being arrested for DUI is not the same thing as being convicted of DUI. If you have been charged with drunk driving, you will be given the chance to defend yourself against these charges. A skilled DuPage County DUI defense attorney from the Davi Law Group can help you develop an aggressive legal defense and fight for your freedom. Call us at 630-580-6373 for a free confidential consultation today.