Battery of a Pregnant Woman 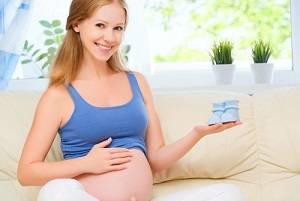 In the state of Illinois, a battery is never taken lightly. When the victim is a woman, in some circumstances, punishments can be harsher. If the victim is a pregnant woman, the repercussions double. Not only are there charges for the attack on the woman, but also the child she is carrying. The crime then becomes twofold as aggravated battery and battery of an unborn child.

Assault is a situation in which one person reasonably believes that they are in immediate danger of physical harm. The charge escalates to battery once physical contact occurs. Dependent on who the victim is and where the accident took place, the allegations may increase to aggravated battery. A woman who is pregnant is considered to be a part of the protected group. If the victim and the accused do not know each other but if the defendant knows that a person is pregnant, the charge elevates from battery to aggravated battery. Aggravated battery is a Class 3 Felony. Sentencing for such a crime would be:

Not only would an attack on a pregnant woman affect the mother, but consideration is also given to the fetus. President George W. Bush passed the Unborn Victims of Violence Act in 2004. If the “child in utero” is harmed during battery, there may be additional penalties on behalf of the unborn child. In Illinois, the crime is “battery of an unborn child”. More explicitly, unborn child applies to any child from fertilization until birth. Again, knowledge of the pregnancy by the accused needs to be proven. If convicted, prosecution and punishments include:

There is no doubt that if these charges lead to a conviction, the result can be life-altering. However, with the assistance of an experienced and respected lawyer, you may have options dependent on the circumstances surrounding the case. You will need an attorney that will aggressively fight for your rights. If you are interested in discussing your situation with a DuPage County, IL criminal defense attorney, contact Davi Law Group, LLC today at one of our four offices in Chicago, Wheaton, Joliet, and Warrenville by calling (630) 580-6373. We proudly serve clients throughout DuPage, Kane, Will, Cook and Kendall Counties.