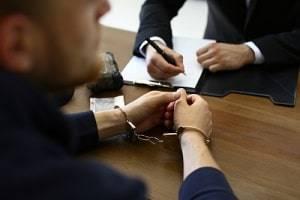 Section 410 of the Illinois Controlled Substances Act allows some offenders to receive probation instead of a conviction if they are charged with the possession of a small amount of a specific drug. If you are facing a felony drug charge, 410 probation can be a favorable outcome for your case. However, not everyone who is charged with a felony drug charge is eligible to be sentenced to probation. There are certain requirements that must be met for you to be eligible for probation, with the biggest one being that this must be your first drug conviction. You also must not have been placed on probation in the past.

Receiving a 410 probation means that you will have to plead guilty to the charges in court. Rather than sentencing you, however, the judge will place you on probation. During probation, you must agree to certain stipulations, including:

A 410 probation is often the outcome that defendants and attorneys alike hope for when dealing with a felony drug case. The main benefit of a 410 probation is that your charges will be dismissed once you successfully complete your probation. This allows you to avoid having to serve prison time, and it also keeps the charge and conviction from appearing on your criminal record. For the first five years, a background check will state that you were charged with a felony drug offense, but that the charge was dismissed. After five years have passed since you completed your probation, you can petition to have your records expunged.

Making mistakes is a part of life, but that does not necessarily mean that a bad judgment call should permanently affect your future. With a 410 probation, you can get a second chance. You can wipe your slate clean after you have successfully completed probation, allowing you to keep your past in the past. If you are facing first-time felony drug charges, you should speak with a knowledgeable DuPage County drug crimes defense lawyer. At the Davi Law Group, LLC, we are here to help you secure the best possible outcome in your criminal case. Call us today at 630-580-6373 to set up a free consultation.