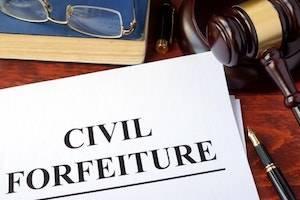 A man who worked at his brother's hardware store was convicted of using an iodine-based product sold at the shop to make methamphetamine. The Supreme Court of the United States held that he would not be required to forfeit profits that he never earned. The Supreme Court held that a person cannot be held jointly and severally liable for property gained by another conspirator for civil forfeiture.

At trial, the court ruled for Terry Honeycutt, the man who worked at his brother's store and managed sales and inventory. The federal government was requesting that the man pay $270,000, which the government alleged was the hardware store’s profits from the product used to manufacture methamphetamine. Honeycutt, however, was a salaried worker and had no financial interest in the company.

Authorities argued that the bedrock principle of conspiracy liability applied. The policy the government was relying on mandates that conspirators are legally liable for each other's actions inside the conspiracy. The United States Supreme Court disagreed with the government's argument stating that their position did not account for the plain text of the forfeiture law.

Civil forfeiture is also referred to as civil judicial forfeiture or civil seizure. It is a process by which the government can seize any assets that they believe were gained pursuant to criminal activity. The policy has its origins in admiralty law where governments would seize illegal contraband being trafficked at sea.

Currently, authorities are not required to bring formal charges against you in order to take your property. Once the property is seized, it is the burden of the owner of the property to substantiate the fact that he or she was not in fact involved in criminal activity and that his or her property was not the result of gains from a criminal enterprise.

There is current legislation in Illinois trying to restrict the ability of law enforcement agencies to arbitrarily seize the property of citizens. The bill would shift the burden to the police to prove that the assets seized were gained for illicit conduct. Currently, there is no constitutionally guaranteed right to counsel in matters where property has been seized by the police.

Criminal investigations are exhaustive in both scope and emotion. The fear of losing freedom or the prospect of paying a hefty fine can be a treacherous ordeal to go through. It is unwise to face a criminal allegation without the protection of a knowledgeable and insightful DuPage County criminal defense attorney. The staff at Davi Law Group, LLC is eager to defend your rights at every step of the investigation. Contact our office at 630-580-6373 to schedule your initial consultation.