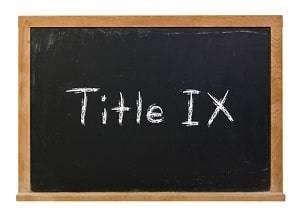 The standard for determining guilt is also changing. Under the Obama administration, guidelines stated that a “preponderance of the evidence” standard should be used when determining guilt in a sexual assault case. Now, the new rules state that college officials can either use a preponderance of the evidence or a “clear and convincing” standard. This means it may be more difficult for victims to prove their cases, as a clear and convincing standard would set a higher burden of proof.

Being accused of a sex crime can be an intimidating situation. In many cases, it can feel like the criminal justice system is against those you. At the Davi Law Group, LLC, we understand the ramifications that a sex crime conviction can have on your reputation. Our tenacious DuPage County criminal defense lawyers will do everything in their power to help you avoid a guilty verdict and receive a favorable outcome. To schedule your free consultation, contact us today at 630-580-6373.