DUI Charges Lead to a Request for Asset Forfeiture of Vehicle 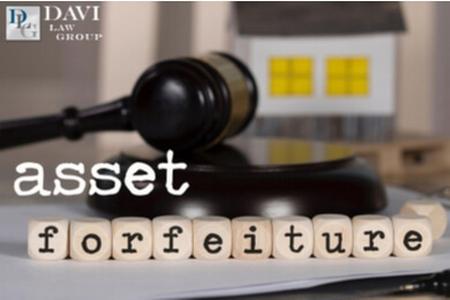 A 58-year-old Illinois woman who has been charged with two counts of aggravated driving under the influence is not only facing the loss of her license and potential loss of freedom – she is also facing the loss of her vehicle via a civil forfeiture complaint. While many people are aware of police seizing the assets of people convicted of drug dealing and other illegal activities, is seizing the vehicle of a person who is accused of drunk driving legal under Illinois law?

According to information released by law enforcement, on the night of September 14, a police officer noticed a vehicle take a right-hand turn, however, the driver failed to use their turn signal. The officer pulled the vehicle over. As he explained to the driver why he had stopped her, he noticed she had an open bottle of alcohol near her leg that she attempted to hide when the officer questioned her about it.

The driver did admit to the officer she had been drinking. The officer requested the woman step out of her vehicle, but the police report noted she had difficulty doing so. Attempts to perform field sobriety tests were noted as “very erratic and unable to follow directions.” At this point, the woman was brought to the police station and agreed to submit to a breathalyzer. Her blood alcohol concentration (BAC) level registered 0.321. This is four times the legal limit under Illinois law.

There are two types of forfeiture requests – criminal and civil. In criminal forfeiture, the taking of the property becomes part of the criminal prosecution and if the person is found guilty of the charges, the court will order the forfeiture of the property.

In civil forfeiture, which is what the Will County State's Attorney's Office is requesting in this case, the law allows the government to pursue forfeiture regardless of any criminal charges or outcome of those charges in the criminal court system.

If you have been charged with a crime and are also facing asset forfeiture, you need a skilled and dedicated Chicago criminal lawyer advocating your rights. Call Davi Law Group, LLC at 630-580-6373 to schedule a free and confidential consultation. Do not delay.