Could You Be Guilty of Criminal Conspiracy? 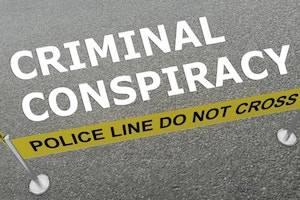 Conspiracy is often charged in drug dealing cases. However, a person could be accused of a conspiracy to commit any crime from insurance fraud to first-degree murder.

Illinois law states that conspiracy is committed when:

This act does not have to be illegal; however, it must be something that moves the plan to commit a crime along. All parties to the conspiracy do not even have to specifically agree to it. For example, a person could rent a car or show up to a lookout location. These examples would be enough to charge the group with conspiracy.

The law provides that certain arguments are not defenses to the crime of conspiracy. For example, you cannot argue that you are not guilty because others in the conspiracy have not been prosecuted, convicted, acquitted, or that the others were convicted of a different offense.

Further, you cannot argue that the group who conspired did not have the capacity to commit the offense. If you have been charged with conspiracy, you should meet with an attorney who can examine your case and formulate a defense on your behalf.

The DuPage County, IL criminal law attorneys at our firm defend those accused of many types of crime. Our firm prides itself on providing skilled representation and excellent client service. We have office locations that serve DuPage, Kane, Cook, Kendall and Will Counties. Call the Davi Law Group, LLC at 630-580-6373 to set up your initial meeting today.