Assault Charges: Are You Really Responsible for Their Feelings? 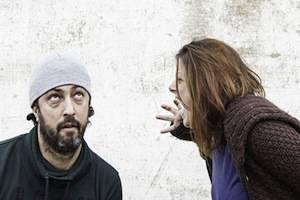 The First Amendment to the United States Constitution protects our rights to free speech, so you can say whatever you would like, right? Not necessarily. There are a few caveats associated with your freedom of expression. Others also have the right to feel safe. Therefore, government officials have the right to step in if your speech incites violence or violates peace. However, the perception of fear varies from person to person. If the words that leave your mouth cause an overly-sensitive individual to fear for his or her life, then are you susceptible to assault charges?

Physical contact may leave lasting, visible marks on a human body. However, words can be just as powerful. The words we use, assisted by body language and voice inflection, can cause powerful emotional reactions in those around us. For this reason, assault charges are not reliant on actual contact, but the feelings provoked in others. Each state defines assault differently. In Illinois, assault is:

For assault cases, there is an existing prerequisite of intentionally causing fear. However, the perception of fear varies within each. If the victim in the case is found to be overly sensitive compared to other reasonable adults, there may be a reduction or a drop in charges. Additionally, if the accused has a bold personality capable of eliciting intense reactions out of others, the frightened reaction may not have been the desired outcome. Other defenses include:

Defend Yourself Against Accusations

Accusations of assault have the ability to be life altering. With a growing number of individuals quick to express how others make them feel, assault charges are on the rise. If your words and behaviors became twisted and taken incorrectly, you should not be held accountable. If you are interested in discussing the matter with a Wheaton, IL assault defense attorney, contact Davi Law Group, LLC. today by calling (630) 580-6373. We offer several locations successfully serving clients in DuPage, Kane, Cook, Kendall, and Will Counties.