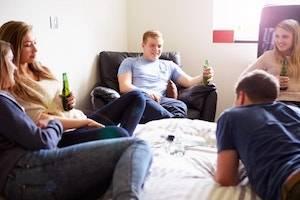 If you are under 21 years old and caught drinking and driving, you could face a couple of charges, depending on the facts of your situation. Illinois has a zero tolerance policy for underage drinking and driving as well as laws prohibiting driving under the influence.

Both types of convictions can lead to numerous consequences that can follow a young person as he or she applies to schools and jobs. This is why you should fight these charges. With the help of an attorney, you may be able to reach a deal with prosecutors that will keep a conviction off your criminal record.

Zero Tolerance for Drivers Under Age 21

Penalties for violating the zero tolerance law include suspension of driving privileges. The length of the suspension is dictated by prior offenses and whether the driver refused to take a BAC breathalyzer test.

DUIs for Drivers Under Age 21

You could also be charged with a DUI if:

If you are facing DUI charges and are under 21, seeking counsel is an important step to minimizing the consequences of the charges you face. The DuPage County, IL underage DUI attorneys at Davi Law Group, LLC can examine your case and review what possible options you may have in resolving your charges. Call Davi Law Group, LLC at 630-580-6373 to set up an appointment at one of our offices that serve DuPage, Kane, Cook, Kendall, and Will counties.