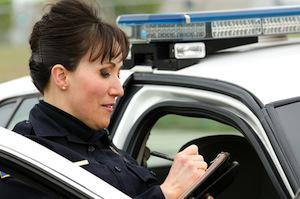 You may think that a traffic ticket is not a big deal. However, before you open your checkbook and pay the fine, you may want to know the potential consequences of that ticket. Some tickets are not just infractions—they could lead to criminal consequences.

Most traffic violations seem minor and receiving a speeding ticket or two in one's life is common. However, the consequences for many traffic infractions can be greater than you think. Possible consequences of receiving a traffic ticket include:

If you have a commercial driver’s license and you receive certain citations, you could lose your right to drive commercially, even if you were driving your private car when you received the ticket.

The DMV keeps track of the traffic tickets. If you are not careful, the DMV may move to suspend your license. Some traffic issues are more than just violations—they may be misdemeanors and punishable by up to one year in jail.

When it Might be a Good Idea to Fight the Ticket

Every case is unique. There are several reasons why it may be in your best interest to contest a traffic ticket. Still, if you receive a ticket, it does not mean you will be found guilty if you fight it.

Common situations where it may make sense to fight a traffic ticket include the following:

Even if you are an experienced driver, chances are you have only dealt with a handful of traffic tickets in your lifetime. Experienced traffic lawyers have handled hundreds, or even thousands, of cases. They understand how the system works and when it is in your best interest to stand up and fight your ticket.

You have a legal right to contest your ticket. However, only an experienced lawyer can tell you when it is in your best interest to exercise that right. If you have received a traffic citation and are considering fighting it, please contact a skilled DuPage County criminal defense lawyer at Davi Law Group, LLC. Call 630-580-6373 to schedule your consultation right away.