Should I Take a Plea Bargain? 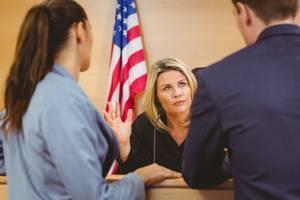 If you have been arrested in Illinois, chances are your case will not go to trial. Almost 95 percent of criminal cases in the United States never reach trial and are instead resolved with a plea deal or a plea bargain. But, the decision to plead guilty and accept a plea bargain should not be taken lightly.

What is a Plea Bargain?

Prosecutors will often offer a criminal defendant a deal in order to entice them to plead guilty to a crime. The prosecutor may agree to drop some charges if the defendant pleads guilty. Another common part of a plea deal is the prosecutor agrees to recommend a lighter sentence in exchange for a guilty plea. You can think of a plea bargain like a contract. You agree to plead guilty to one or more crimes, and the prosecutor agrees to either drop some charges or recommend a certain sentence.

The Effects of a Plea Bargain

Entering a guilty plea has the same legal result has being found guilty at trial. You will have a criminal record.

It is often almost impossible to successfully appeal a conviction where you have entered a guilty plea.

Most prosecutors will have an offer for a plea bargain early on in a criminal case. Depending of the factors in your specific case, a strong defense attorney may be able to negotiate with the prosecutor for a better plea bargain.

Sometimes prosecutors will refuse to negotiate and may even threaten to withdraw a plea bargain if it is not taken by a certain date.

Go to Trial or Take a Plea?

Even though most criminal cases end in a guilty plea, taking a plea is not always the best option. Every case is unique. Accepting a plea bargain has risks. You still face the uncertainty of sentencing. You will also have to live the rest of your life with the consequences of having a criminal conviction.

Going to trial may also be risky. Going to trial could result in you serving a longer sentence or being convicted of more crimes. There is also the possibility that you will be found not guilty.

Only an experienced criminal defense attorney will be able to fully explain your options and make solid recommendations to you.

Before you accept any plea offer, you need to talk about your individual case with an experienced DuPage County criminal defense attorney. If you have been accused of a crime, before you talk to anyone, call the Davi Law Group for a consultation right away at 630-580-6373.