Questioning the Utilization of Surveillance Footage in Criminal Cases 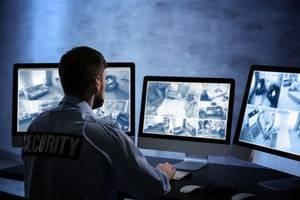 They say, “seeing is believing,” when obtaining the truth in many situations. The same idea holds true in a criminal investigation and trial. For decades, attorneys have used chalkboard markings, flip charts, x-rays, maps, diagrams, 3D models and photographs to help the jurors determine the truth behind the story. Advancements in technology in more recent years have catapulted us away from the use of chalkboards and stick figures to digital videography of an incident as it occurs. Today, a surveillance tape video can show multiple angles and enhance audio sound recordings. However, video surveillance is still not a “foolproof” method to prove any case.

Someone is Always Watching

Video surveillance systems sales have skyrocketed recently. Marketing executives everywhere continuously push the debatable argument that these cameras reduce crime and protect the purchasers. The goal of most buyers is to provide evidence should an alleged criminal event arise. However, many of these recordings are not admissible as evidence. Most business owners and homeowners do not spend the necessary money to have a quality surveillance system.

A few common problems with video evidence include:

It is Possible for the System to be Too Good

Some businesses and homeowners shell out exorbitant amounts of money to have a crisp, clear image. However, it is possible that the camera angle is “too good.” If any of the witnesses are unable to present further information based on knowledge outside of what the video provides, the surveillance may not be admissible. If the witness is no more likely than the jury to identify the defendant correctly, the usefulness of either the testimony or the evidence is questionable.

If you face criminal accusations, even video evidence does not always prove guilt. Often, police and prosecutors use surveillance footage as a scare tactic to pressure the accused into admitting guilt, even if it is done so to avoid harsher penalties and not because they are guilty. A Wheaton, IL criminal defense attorney can help. The attorneys at Davi Law Group, LLC have extensive experience defending clients against criminal allegations, including drug crimes, retail theft, juvenile theft, DUI/DWI, assault, domestic, violence, weapons charges, traffic violations, and more. Call us today at 630-580-6373 to begin exploring your defensive options.