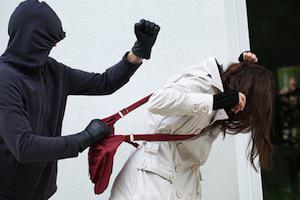 The Difference Between Assault and Battery

Under Illinois law, you commit the crime of assault when you place someone else in reasonable apprehension or fear of physical harm. You do not have to have actually harmed, or even touched, an individual to be charged with assault. Making a threatening gesture or raising a fist can be enough to result in assault charges.

Illinois law defines battery as knowingly causing bodily harm to another person or making contact with another person in an insulting or provoking way. Punching someone would be battery. Spitting in someone else’s face could also be considered battery.

Many times, prosecutors will charge an individual with both assault and battery on the theory that before hurting another, there is usually a threat or a threatening action.

An assault becomes an aggravated assault if the attacker knows the victim is physically handicapped, is over the age of 60, is a teacher or school employee, is a certain state employee and was in the performance of his or her duties, or is a police officer.

If you have been charged with a violent crime like assault or battery, then you need to speak with an experienced Wheaton criminal defense attorney right away. Do not talk to anyone about your case until you speak to an attorney. You need to understand all of your options. Call Davi Law Group, LLC today to schedule a consultation at 630-580-6373.