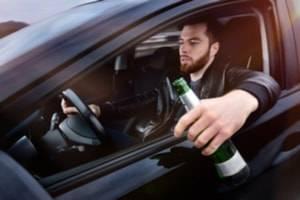 Driving while under the influence of alcohol or drugs is extremely dangerous. According to the Illinois Secretary of State's Office, there were over 27,000 DUI arrests in Illinois in 2017. The state takes DUI arrests very seriously which is why 91 percent of people who were arrested for DUI and were eligible, lost their driving privileges. Still, the state also recognizes that people should not have to be put through months of hardship for one mistake. This is why Illinois allows certain DUI offenders to apply for one of two types of driving permits: a monitoring device driving permit (MDDP) or a restricted driving permit (RDP).

While you have an MDDP, you must have a breath alcohol ignition interlock device (BAIID) installed into any vehicle that you drive, though you may drive anywhere at any time once you have the permit and have the BAIID installed.

If you are ineligible for an MDDP, you may be eligible for an RDP. In order to qualify for an RDP, you must be able to prove that hardship exists. You must also provide a current professional drug and/or alcohol evaluation and, in some cases, proof of remedial education or treatment. You must also have a BAIID installed into any vehicle you drive during the length of the permit. In addition, the have an RDP issued to you, you must attend a hearing at the Secretary of State’s Office so they can determine whether there is a threat to public safety if you were issued a permit.

Driving is one of those things that you do not realize is imperative to have until it is gone. If you have had your driver’s license suspended or revoked because of DUI charges, then you need help from a skilled Wheaton, IL DUI defense attorney. At the Davi Law Group, LLC, we can help you petition to have your driver’s license reinstated, whether you get your full privileges back or you have a type of driving permit. Call our office today at 630-580-6373 to schedule a free case consultation.