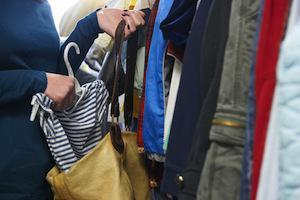 The criminal penalties for retail theft are tied to the value of the property that is stolen or the amount the retailer is short changed. Anything worth less than $300 is a Class A misdemeanor. The penalty is up to a year in jail and a $2,500 fine.

If you have a criminal history involving theft, then retail theft can be charged as a Class 4 felony. This crime could be punishable by between three to six years in prison.

If the value of the property stolen is more than $300, the crime could be charged as a Class 3 felony, punishable by up to five years in prison and a $25,000 fine.

It is unusual for most retail theft crimes to be punished by the maximum sentences.

Other Consequences for Retail Theft Arrests and Convictions

The consequences for a retail theft conviction, or even an arrest, go beyond just the fines and jail or prison time. Once you have a criminal record, especially a felony record, it can make it difficult to obtain a job or a professional license.

The retailer can sue you civilly for the costs associated with dealing with the theft, even if they get the item back. You can be sued even if you are not criminally convicted.

Once you have been accused of committing any form of retail theft, the retail store will likely ban you from the premises. If you return to the store, even as a paying customer, you can be arrested and charged with criminal trespassing.

If you have been charged with retail theft, then you need to speak with an experienced and knowledgeable Wheaton criminal defense lawyer. Do not talk to anyone about your case until you speak to a lawyer. You have the right to a vigorous defense. Call Davi Law Group, LLC today to schedule a consultation at 630-580-6373.