How Do Police Know If I Used A Cell Phone While Driving? 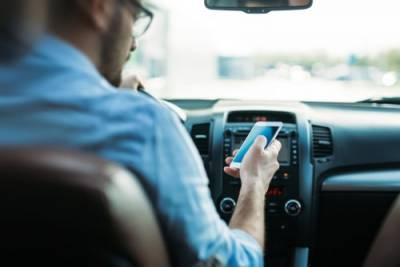 It is illegal to text and drive in most states, including Illinois. Many drivers continue to use their cell phone while driving even though we all know better. Multitasking drivers are often identifiable by their weaving driving pattern, hesitation at traffic lights, and their tendency to stare into their laps. Although these indicators frequently mean the driver is texting and driving, they are often not enough evidence to prove guilt. Many Illinois residents wonder, “How do they know if I am using my cell phone?”

One Hand on the Steering Wheel

When police watch for drivers illegally using their cell phone, they often look for how many hands are on the wheel. In driver’s education, they always teach to keep two hands on the steering wheel, at “10 and 2.” This hand-positioning allows the driver to maintain control of the vehicle at all times; however, not many drivers obey this rule of thumb. Even though one-handed driving is prevalent, it still causes watchful officers to judge the placement of your other hand.

Cell phones emit a tale-tell glow that lights up the entire driver’s seat under the right conditions. During the day, the brightness is more difficult to spot, but in the evening, the light coming from the screen of a phone may be enough to give an officer probable cause to pull you over.

Many states have resorted to using informants and other means of catching drivers using cell phones illegally. Most drivers, when they see a marked police officer, will put their cell phone down because they know the behavior is illegal. Therefore, police are fighting back by implementing the following tactics:

Forty states, including Illinois, utilize crash data collection to determine if drivers were either talking, texting, or web browsing at the time of the accident. Officers need to subpoena the phone records from your service provider, and the provider promptly gives them all of the information they requested.

It Is Not Impossible to Prove

While it is true that it is difficult for an officer to prove the illegal use of a cell phone, it is not impossible. Traffic cases are not heard by a jury, which means that your case will be heard by a judge only. Most police automatically have the benefit of the doubt in traffic cases; therefore, it is imperative that you retain a Wheaton, IL traffic defense attorney to protect your rights. Before you consider paying the ticket, remember that payment means an admission of guilt and will appear on your record as such. At Davi Law Group, LLC we will defend your case to reduce the impact this incident has on your future. Call us at 630-580-6373 today to find out how we can help you.