What Happens at an Arraignment in an Illinois Courtroom? 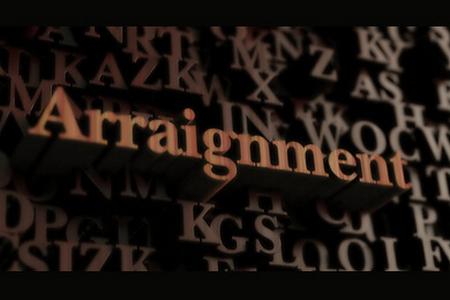 When a person is arrested and charged with a crime in Illinois, there are a number of steps in the criminal justice process between that arrest and the resolution of the case. One of the first steps after an arrest is arraignment. The outcome of that arraignment can actually set the tone for the way the rest of the process will go. If you have been charged with a crime, it is important to have a skilled Chicago defense attorney representing you during the entire process.

What Is an Arraignment

The defendant has three choices for a plea – guilty, not guilty, or nolo contendere. While the first two choices are fairly well known, many people may be unaware of what a nolo contendere plea means. Nolo contendere (no contest) means that the defendant is basically telling the court that although they do not wish to plead guilty, they also do not wish to contest or dispute the charges against them. It is critical to understand that entering this plea can have the same consequences and penalties as pleading guilty and should not be done without speaking to an attorney first.

Bond or No Bond

Once the bond amount has been decided, the judge will usually issue other conditions and/or stipulations the defendant must adhere to, as well as discuss pre-trial hearings and the trial date.

Are Charges Ever Dropped at an Arraignment?

In some cases, the judge may decide to drop charges against the defendant at the arraignment and dismiss the case if there are certain factors presented to the court. This is where having a skilled attorney with you can make all the difference. If the police made any errors or violated any of the defendant’s constitutional rights during the arrest, a seasoned attorney will recognize that and present it to the court to request a dismissal. Another reason an attorney can request the court drop charges is if he or she can show the prosecution’s case is weak and there was not enough evidence to charge you.

If you have been arrested and charged with a crime, do not delay in contacting a Chicago criminal lawyer to represent you during your arraignment. Call Davi Law Group, LLC at 630-580-6373 to schedule a free consultation.