What Is the Difference Between Assault and Battery? 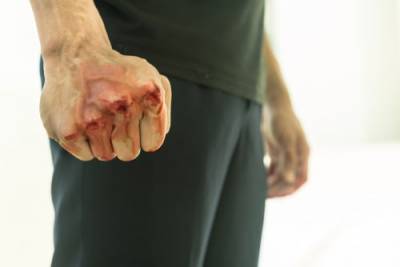 In common use, and in the laws of some states, the terms “assault” and “battery” are often used interchangeably. However, in Illinois, while they are often heard in conjunction with one another, they each have specific legal definitions and are considered separate crimes. So, what is the difference between assault and battery in Illinois?

According to Illinois law, you assault someone when you act in a way that leads them to fear that you will physically harm them or make unwanted physical contact. As a simple example, if you say to a person, “I’m going to hit you” and raise your hand to slap them, then that could be considered assault. Actual physical contact or injury is not necessary for a person to press assault charges.

As you may have guessed, Illinois defines battery as causing someone actual physical injury. Specifically, a person commits battery when he or she “causes bodily harm” or makes “physical contact of an insulting or provoking nature” with another person. If we alter the above assault example so that you actually hit the person instead of just threatening it, then it could be considered battery.

However, if you threaten to hit the person, make them think that you are going to hit them, and then make physical contact, then that could be considered both assault and battery.

Punishment for Assault and Battery

Assault in Illinois is a Class C misdemeanor, but it has a variety of punishments. If convicted, you could be sentenced to 30 days in jail, a $1,500 fine plus court costs, and/or two years of court supervision or probation. In addition, you could be ordered to perform 30-120 hours of community service. Battery in Illinois comes with a more serious punishment. It is a Class A misdemeanor, so if convicted, you could be sentenced to up to a year in jail and a $2,500 fine.

Of course, both crimes have possible aggravating factors, like if you use a weapon to assault or batter someone, or if your victim is a member of a protected category like a disabled or elderly person. If aggravating factors are involved, you could face felony charges.

If you have been charged with assault or battery or worse, you should contact an experienced criminal defense attorney immediately. At Davi Law Group, we can provide you with a strong defense to protect your rights and your fair treatment under the law. Contact a Wheaton, IL criminal defense lawyer for a free consultation at 630-580-6373.