Will I Be Arrested If I Am Accused of Domestic Violence in Illinois? 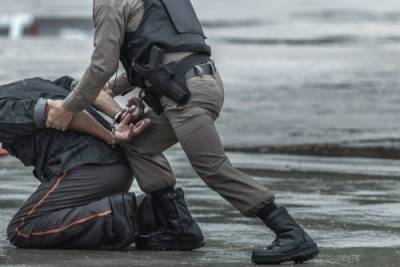 Allegations of domestic violence can have serious consequences for the accused, especially if they result in a conviction for a criminal offense like assault or battery. However, in some cases the consequences can start to take effect much sooner. If you are accused of domestic violence, you could be immediately arrested and detained, and it is important that you understand your rights.

Law enforcement officers are also required to take all reasonable actions to protect an apparent victim from further abuse. Depending on the circumstances, this could include the arrest of the alleged aggressor, as well as the seizure of any weapons that were likely used. Even if an officer does not make an arrest, they are required to file a police report of the allegation and advise the apparent victim of their right to press charges.

If you have no prior history of domestic violence and the incident that the officer is responding to appears to be relatively minor, you may be able to avoid arrest. However, if the incident occurs while you are subject to an order of protection, you will almost certainly be arrested for violating the order, and you could face additional misdemeanor or felony charges.

What Should I Do If I Am Arrested?

If an officer does place you under arrest, you should be aware that you have the right to remain silent and to hire an attorney. Your attorney can represent you in initial hearings to help you secure fair bail or release conditions so that you do not have to remain in custody until your trial. Your lawyer can also help you prepare a defense strategy to contest the charges against you, possibly allowing you to avoid conviction. An attorney can also help you avoid violating release conditions or an order of protection, which would negatively impact the outcome of your case.

Facing allegations or an arrest on charges of domestic violence can be extremely stressful, but you have the right to be treated fairly throughout the process. At Davi Law Group, we will work to ensure that your rights are protected and present a strong defense for you in court. For a free consultation, contact our DuPage County criminal defense lawyers at 630-580-6373.