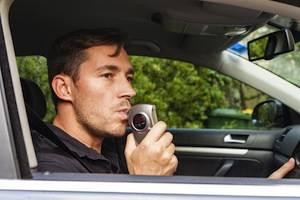 If you have been convicted of a DUI in Illinois, one of your top concerns will be when you will be able to drive again. Illinois, along with a majority of states, allows drivers convicted of DUI to drive if they install a breath alcohol ignition interlock device (BAIID).

This is a popular program. On average in Illinois, 12,000 drivers are using BAIIDs. Consider four facts about this device, and how to get one.

1. A BAIID is subject to three types of fees.

Each vendor charges its own fees, but on average a BAIID vendor charges $85 for installation. There is also a monthly rental for the device, which is usually about $80. Finally, the Illinois Secretary of State charges $30 month for monitoring. If you have been declared indigent by the court, your costs could be lower.

2. A driver must also have a driving permit.

The driver must have either Monitoring Device Driving Permit (MDDP) or a Restricted Driving Permit (RDP). An MDDP is only available for first-time DUI offenders. An RDP is available to those who have two or three DUIs.

3. A BAIID measures the driver’s BAC is through breath.

A driver uses a BAIID by blowing into it before starting the car. The car will not start if the driver’s BAC is .025 or higher. The BAIID requires an initial blow to start and requires the driver to blow at random times during the trip.

Anyone driving the car must use the BAIID, and the person with the driving permit is responsible for everything recorded on the device. There is a camera on the BAIID, which takes a picture of the person as he or she performs the test.

4. A driver is not required to use a BAIID.

If a driver convicted of a DUI chooses not to drive, he or she does not need to get a driving permit or a BAIID. However, it is a Class 4 felony to drive during the license suspension period after being convicted of a DUI without a permit and a BAIID.

If you have further questions about BAIIDs or any other issues with your DUI case, you should contact a skilled DUI attorney. DUI law is made up of unique procedures, and a knowledgeable attorney will be able to make your best case to the prosecutor and judge.

If you are interested in discussing your options with a DuPage County, IL DUI attorney, contact Davi Law Group, LLC. today by calling (630) 580-6373. We have several locations that serve clients in DuPage, Kane, Cook, Kendall and Will Counties.